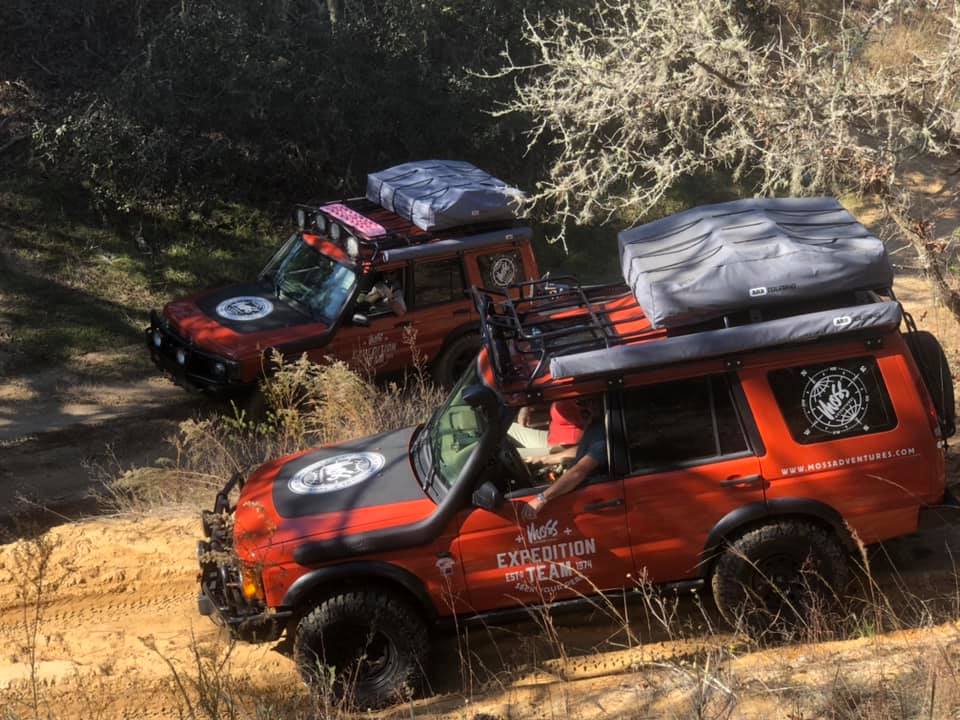 Hope for the Huerfano Revenant

Hope for the Huerfano Revenant

Cuchara Mountain — This Time, Not as a Ski Resort

A gust of wind tore through Colorado’s Cucharas River Valley, rocking the double chairs suspended from Lift 4’s haul rope. The chairlifts haven’t turned since 2001—a testament to many failed attempts at reviving the former Panadero ski area.

This year, change rides on the wind. For the first time in history, the rebirth of Cuchara Mountain isn’t contingent on snowfall.

Instead, it hangs on the collaboration of Huerfano County commissioners and two tenacious Florida visionaries with one colossal proposal: Moss Adventures on Cuchara Mountain.

The two Florida entrepreneurs first came to Southern Colorado to purchase land designated as the headquarters for Moss Adventures—an experience-based adventure company they’ve been building for the last five years.

Now, they’re in contract negotiations with Huerfano County to lease a mountain park for the same purpose—and there’s much more at stake. 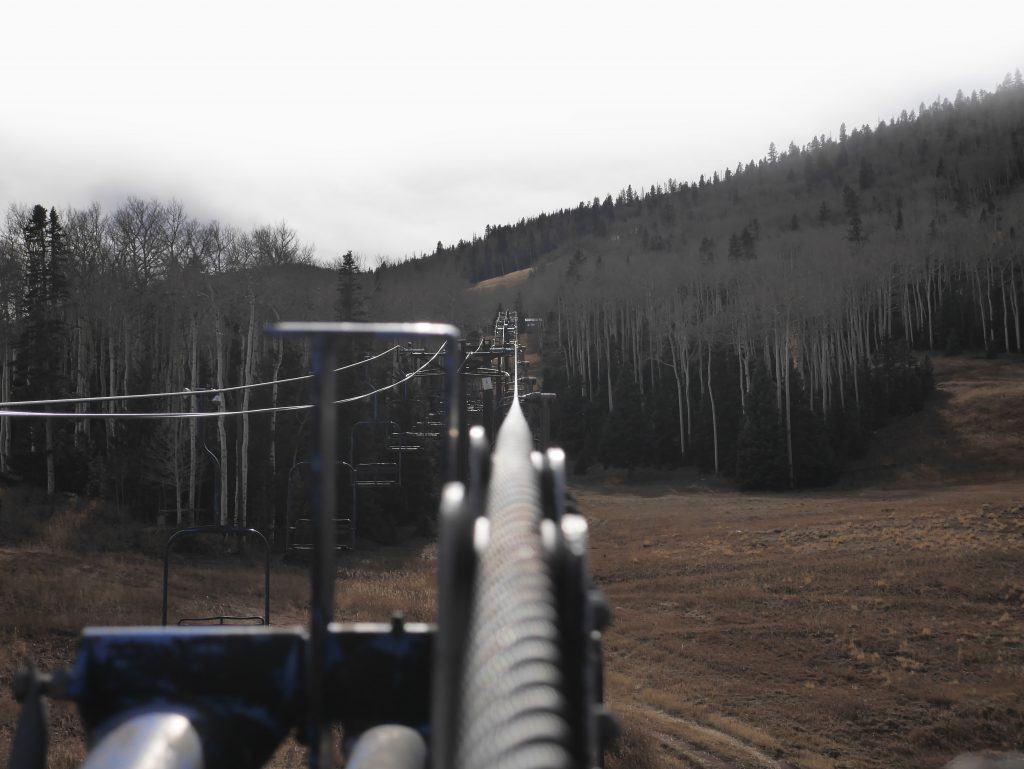 In 1981, the Cuchara Valley Ski Area first opened to lift-served skiing. Known as Panadero during its inaugural season, the resort featured two double chairlifts, a rope tow, and a Special Use Permit from the U.S. Forest Service, which granted skiing on 345 acres of surrounding federal land.

Over the next two decades, Panadero operated on and off again under various owners, with little success. In 2002, the Forest Service terminated the ski area’s Special Use Permit. The ski lifts lay dormant ever since, but the rush for Cuchara had only begun.

Investors with grand housing and development plans kept trying to resuscitate the area—and kept failing. In 2014, a group of area locals grew weary of empty promises and rallied together to create the Cuchara Foundation.

In 2017, they raised and donated $150,000 for Huerfano County to buy 47 acres at the base of the mountain—creating what’s now the county-owned Cuchara Mountain Park.

Since then, the Cuchara Foundation and the non-profit Panadero Ski Corp. have continued raising money to revive the ski area. They started a fundraising campaign to return Lift #4 to operational service and developed a four-phase master plan for developing the park. With help from a team of volunteers—many retired experts from major ski areas—the Cuchara Foundation has made steps in restoring Cuchara to its former glory.

Historically, Huerfano has been one of the poorest counties in the state of Colorado—limited in resources, manpower, and funding. The CMP Advisory Committee’s original mission included plans to bring in a concessionaire to maintain the mountain park.

In July 2021, Huerfano County issued a formal request for proposal for potential concessionaires to do exactly that. Moss Adventures submitted the only response to the RFP. Tired of failed, grandiose plans for restoring the old ski resort, the initial public opposition came as no surprise.

But, there’s a twist. Moss Adventures’ proposal has nothing to do with skiing.

A Legacy of Adventure

“Running a ski resort wasn’t even in our original plan,” Moss explains. “We’re approaching this with a completely different perspective [than previous owners]. The lifts are a bonus. Skiing enhances our original plan — it by no means defines it.”

Unlike lofty real estate plays, the Moss proposal is rooted in legacy. And that’s exactly why it just might work.

Jeff’s father, Bill Moss, invented the original Pop-Up tent in 1955 and spent a lifetime designing high-performance tents that altered the future of outdoor adventure. Jeff Moss inherited the same creative drive and applied it differently, building a successful career in the advertising, branding, and design industry. 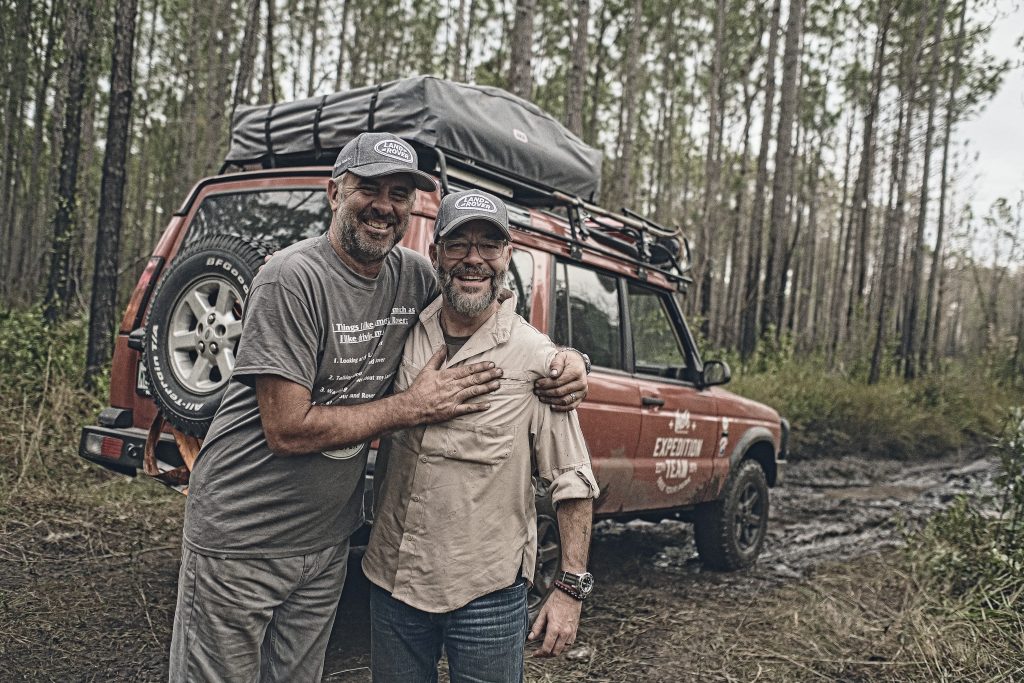 Shayne Young is one of the world’s foremost Land Rover experts, with decades of experience fixing and outfitting expedition vehicles. He’s the driving force behind Moss Expeditions—curated trips that offer guests the opportunity to explore scenic, remote destinations in decked-out Land Rovers.

The partners aim to intertwine the revival of the Moss Tents brand with the preservation of the Land Rover. Given Cuchara’s own history, bringing Moss Adventures onto the mountain makes for a three-fold endeavor of serious magnitude.

“I’m not building this business to make a bunch of money,” Moss reiterates. “I’m here to build a legacy to leave to my kids and community.”

The restoration of Cuchara Mountain would mean the first ever reopening of one of the state’s many abandoned ski resorts—and the beginning of a new era for southern Colorado.