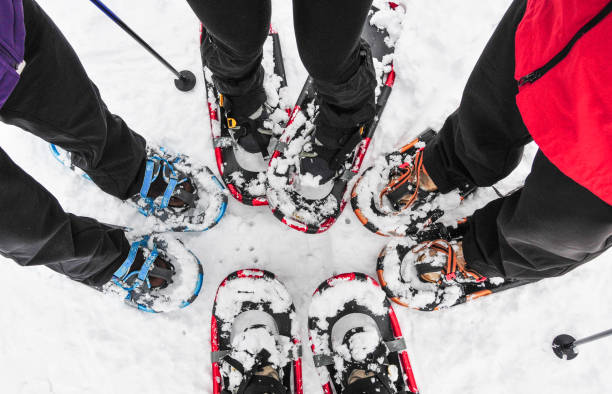 A Tale to Last a Lifetime

A Tale to Last a Lifetime

Ramona Chacon loved living in Angel Fire, NM.  She could always find some outdoor activity to keep her occupied in a world that is now captured with instant gratification of their smartphones or online shopping.  She loved having limited cell phone service in the hills and mountains of Northern New Mexico.

Ramona could be found at the local Devisadero Loop Trail or Lady Slipper Trail in the warmer months.  These areas are wonderful, but the snows have started to accumulate this winter which give opportunity for Ramona and her snowshoes!  Ramona just got a new pair for Christmas and is dying to break them in on some fresh flakes.  The trail to take this winters day is Oeste Vista Trail.  So, Ramona decided to take a midmorning hike before her dinner shift at Zeb’s.

Zeb’s is a local favorite that is know for great times while serving great food and drinks.  And Ramona worked the night before and could use some exercise to mentally prepare for all the tourists who have made the money better and shifts harder.

“Do you want to go for a hike tomorrow?” Ramona asks her coworker Janet before the end of their shift.  “I would”, said Janet; “but I have already promised my little brother I would take him snowboarding for a half day”.  “Maybe another time,” Ramona replies.  Ramona then asks the bartender, Will, if he would like to snowshoe; but she realizes that Will might be a little hung over tomorrow.  They had one heck of a Christmas party tonight and he was slammed behind the bar.  He will most likely be recuperating the way most bartenders do after they got their butts handed to them… with a few beers themselves.

So, Ramona decides to head out alone the next morning alone.  She is smart enough to tell Janet where she is going.  She saw the movie 127 Hours and doesn’t want to take any chances of missing a shift, or worse, getting hurt in the winter of the forest.

The start of her day is a beautiful one.  The fresh dusting of snow in the wee hours of the night have created a sparkling scene with the risen sun.  It’s approximately 10 am and a perfect time to start a midmorning hike.  Ramona is admiring her new snowshoes.  A new pair of Red Feathers with a swallow tail.  The swallow tail helps avoid snow being thrown at her from behind while she vigorously moves through the woods.  And Ramona is very excited to see some other people with same intentions as she puts on her snowshoes.  She asks, “Are you folks going up Oeste Vista Trail too?’  “We are! Would you like to join us?”  “I would love to.”, said Ramona.  The group is a small family.  A young couple from Santa Fe with a tween who is so excited to be playing in the snow.  “Are you familiar with this area?”, asks the mother.  “I am.  I usually hike here in the summer months.  It has beautiful views of the valley and of Wheeler Peak.”

The young family and Ramona start their journey.  They encounter tall pines with grey tailed squirrels chirping at them.  It almost feels like they are telling them to leave.  The squirrels finally relax as the group continues through the woods.  “They must have grown tired”, said the young hiker.  The snows aren’t very deep.  They can hear the crunch of the oak brush leaves under their shoes.  This winter hasn’t brought as much as snow as years in the past.  “We recently moved to Santa Fe from Phoenix”, said the dad.  “Is the lack of snow always like this in the middle of winter?”  “We have years that are better than some”, said Ramona.  “But this year has been slow to start and has us all worried a little.  We depend on water for our economy in so many ways.  Tourism, agriculture and community life changes when we don’t have the snows.”

The group continues on their expedition, and they encounter a deer.  It noticed them before they saw it.  It was a young doe who was very keen to watch their movements.  As the group walks further, the deer watched them very carefully.  At that moment a mountain lion sprang from the background and attacked the unsuspecting deer.  The family quickly grabbed their child and backed up, slowly, awkwardly in their snowshoes.  Ramona quickly turned to look for more cats.  None were seen, but rarely are cougars seen.  The predator was happy with its catch and quickly drug the deer into the woods.

“Can you believe that!  I didn’t even see that mountain lion!”, exclaims the mother.  “We were so excited about the deer; we didn’t pay any attention to what was in its surroundings.”.  Ramona was quick to advise that they turn back.  “We should probably call it a day.  We wouldn’t want to make the cat think we were competing for its food.  That could cause some real problems.”, Ramona said. 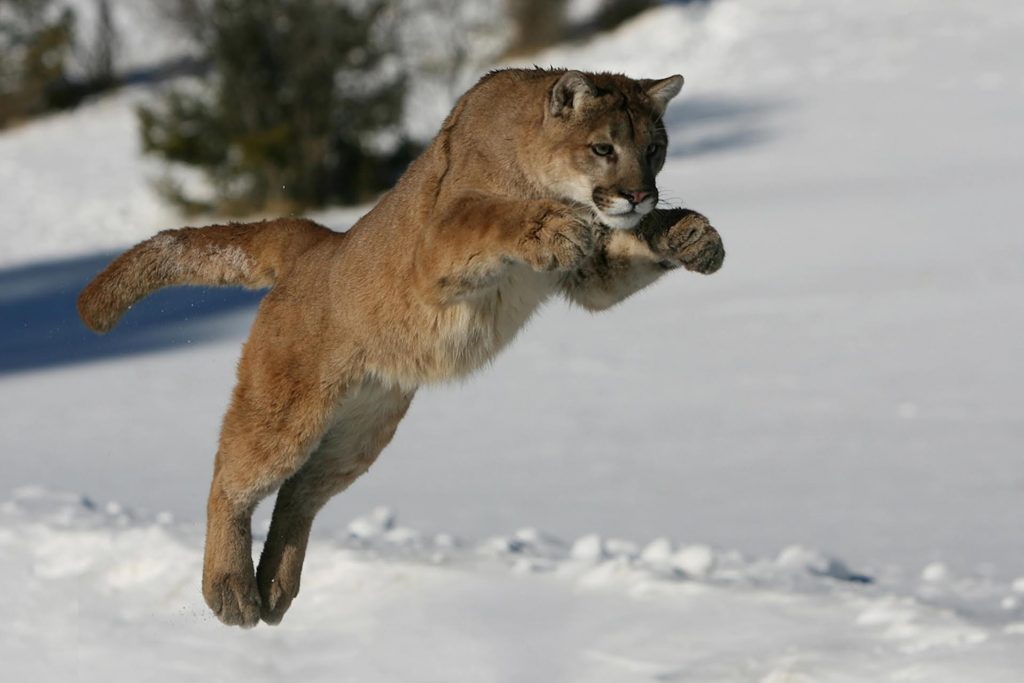 The parents agreed that they had enough adventure on their hike.  They asked their child if they were ok.  “There’s no need to be scared, but we need to be respectful of nature and the animals who live here”, said the mother.  The young girl was wide eyed and noticeably excited.  “Are you ok?”, asks the father.  “That was Awesome!”, she said.  The rush of adrenaline was definitely kicking in.

Ramona and her random hiking companions had a bonding experience that many don’t have.  “You guys have an awesome tale to tell for years to come”, Ramona said.  “I know the group at Zeb’s will lose their minds when I tell them of this!”  The family agreed that this was a tale to last a lifetime.