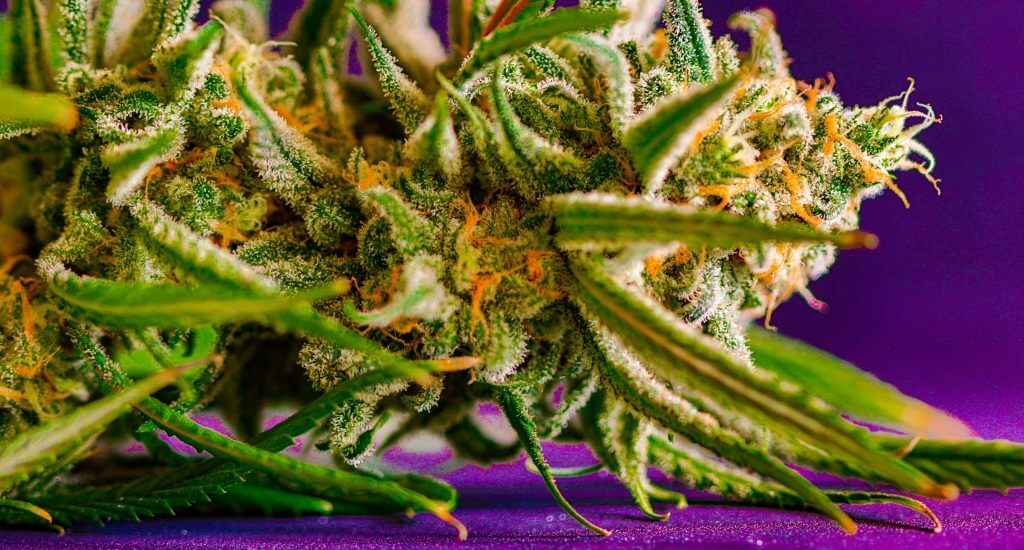 Since its legalization in Colorado in 2014, the list of ailments that cannabis can aid has increased exponentially. Over 20 years after the first medical marijuana program began in California, 29 states have legalized some form of medical marijuana.

There is no age group that isn’t treating illnesses with marijuana, but Colorado dispensaries are seeing an increase in seniors – average age 61-70 – as legalization continues. According to an expose by CNN earlier this year, seniors are either returning to the plant for the first time since their youth or attempting to replace prescription medications by trying cannabis for the first time, usually on the advice of a grandchild. Journalists for the news network accompanied seniors from an assisted-living facility on an arranged monthly charter to a nearby dispensary in Orange County, California, earlier this year.

While Colorado’s medical and recreational cannabis sales are strictly divided, cannabis companies are working hard to offer solutions within legal limits to serve recreational users. The Centennial State’s medical marijuana program is one of the nation’s easiest to qualify for; however, residency is a requirement (as opposed to some other states, such as California). With Colorado cannabis companies’ innovative products, relief is available for an ever-growing list of symptoms to anyone over the age of 21.

Cannabis is quickly becoming well known as “the cancer killer”, and has been used both in conjunction with or as a replacement for other cancer treatments since medical marijuana began in 1996. Recent research is uncovering a plethora of specifics on how cannabis helps treat other illnesses.

One of the most devastating ailments, 10 percent of seniors in the United States suffer from the degenerative brain disease known as Alzheimer’s affecting cognition and memory. The Journal of Alzheimer’s Disease investigated potential therapeutic qualities of THC – the cannabinoid in cannabis which provides its intoxicating or “high” effect – with respect to slowing or halting the hallmark characteristics of the disease in 2014. Researchers added THC to beta-amyloids, clumps of protein that build up on the brain, one of the leading signs of the presence of Alzheimer’s. The addition of THC resulted in a lowering of beta-amyloid levels. Researchers concluded, “These sets of data strongly suggest that THC could be a potential therapeutic treatment option for Alzheimer’s disease through multiple functions and pathways.”

CBD – the cannabinoid used strictly for medical purposes – is popular to treat countless ailments, including Alzheimer’s. Cannabis oil acts as an anti-inflammatory, an antioxidant, and a neurogenesis stimulant, all of which are generally prescribed to patients to slow the progression of the disease.

Many people suffering from mental health issues such as depression, anxiety, bipolar disorder, and eating disorders have turned to cannabis in lieu of prescription drugs, despite mixed results found in scientific studies. In a study done in 2012 about bipolar disorder by the journal of Mental Health and Substance Abuse, cannabis was shown to help as a mood stabilizer both directly after smoking and overall over the course of a 4-week period. Other inquiries into marijuana’s effects on depression and anxiety – two of the most prevalent disorders in the aging population – done by the Journal of Affective Disorders and Psychology of Addictive Behaviors were inconclusive, and in some instances showed cannabis use to exacerbate symptoms. Researchers noted that complex circumstances taken into account in these studies did not bear conclusive results.

Cannabis connoisseurs would suggest self-medicating is all about finding the right strain. Sativas, known for their uplifting, energetic effects, can heighten anxiety, paranoia, and restlessness. Indicas, known for their relaxing, sedating qualities, can zap the motivation and mood for sufferers of depression. As any budtender will tell you, a consumer can have adverse or even opposite reactions from those commonly attributed to the strain. While comprehensive strain guides exist, professionals in the cannabis industry suggest a method of trial and error, and letting your nose guide you to product that smells appealing.

Almost every senior has suffered with pain in their later years. Since pain cannot be accurately measured, scientific studies into cannabis as a treatment method have been scant. Regardless, dispensaries are condensing their flower inventories to make room for topicals, capsules, tinctures, edibles, and other products high in THC, CBD, and other cannabinoids (for example, THCV to suppress appetite, CBG for fungal infections). Making up less than 15 percent of our population, senior citizens are prescribed over one-third of all prescription drugs in the US, according to the National Institute of Drug Abuse. Doctors such as Dr. Igor Grant of the University of California, San Diego, admit that cannabis is a safer alternative to addictive opioids. While some seniors are replacing the Percocet with gummies or a vape pen, others are becoming first time users applying pain creams and lotions to stiff, achy joints.

If you’re interested in trying recreational marijuana products to self-medicate, consult with your doctor and budtender to find the product that best meets your needs.