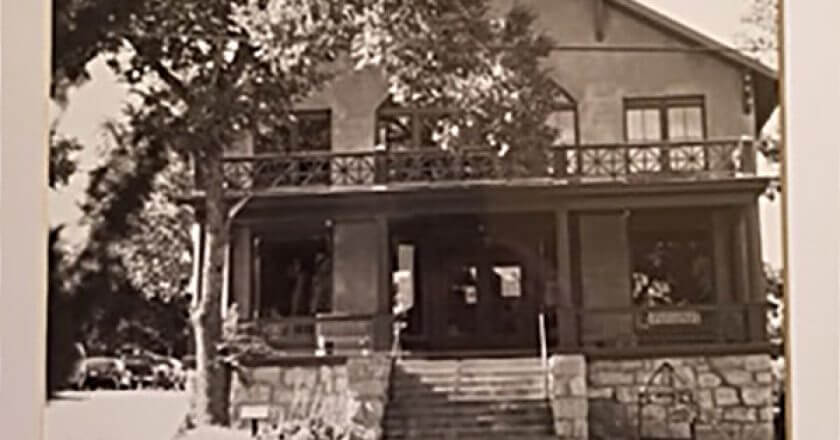 Warning: Don’t Read This at Night!

Cindy thought she was alone, but someone was outside the post office door. She could feel him.

She hurried to sort the mail into the boxes as she had done for 14 years. No one had come in. The Town of Cokedale offices were closed. No one was in the mercantile building.

The alarm on the clerk’s office door at the other side of the anteroom sounded.  Cindy’s heart began pounding. She knew the office door was secure.  The alarm stopped.

She had finished the mail.  It was time to move on.  She stepped to the door leading out of the mailroom, but she was blocked.  A tall gray-black shape loomed in front of her—dark, immaterial, chilling. She was facing her first apparition.

She had heard if you walk through a shadow-shape, you’ll see the person beneath the dark mist.  She took a deep breath and did it.

The man appeared as though he were a sepia photograph—reddish-brown. He wore a bowler hat, a moustache, and beard.  He was dressed in a coat and tie.

Later, Cindy would search the photo archives of the museum for the face she saw, but she didn’t recognize him anywhere.  And he never visited her again.

In the July, 2018 issue of NLM, we provided background about the present day ghosts of the Cokedale Mining Museum, a building that was once the heart of the mining town. Private investigator Bob Olson took 15 years to compile the reports of hundreds of certified mediums, psychics, past life regressors, and people who had near death experiences in his book ANSWERS ABOUT THE AFTERLIFE.  He concludes the deceased exercise free will after they pass.  They may opt to visit loved ones or places they enjoyed or to which they were dedicated.  Since Cokedale was a close-knit community of immigrant mining families, visitations from the spirits of former residents would make sense.  These are tales from people who’ve experienced what may have been such visits:

Sometimes the spirits are kind:  A tour of the museum had just concluded and the participants were wandering in the direction of the exit, talking too much among themselves to have made much progress.  One man who was hampered by a knee brace and a cane took advantage of his head start to be the first to approach the door.

He froze. At last a friend asked if he was okay.  He turned his head, his face pale. “Someone just opened the door for me,” he said.  But there was no one there.

Sometimes the spirits feel compelled to promote proper behavior:  A town official had arrived very early for a meeting, letting himself in with his key.  Being the only one likely to be present for some time, he decided to relieve himself in the bathroom before the long proceedings began.  He didn’t bother to close himself in.  Suddenly he heard an elderly female voice behind him.  “You really should shut the door,” she scolded.  No one had entered the building, but he did as he was told.

Sometimes the spirits are sensitive to the respect due diverse holiday traditions:  Christmas had inspired a former mayor to decorate the front office.  She purchased a small tabletop tree, decorated it, and situated it on top of the counter in the clerk’s office, proud of her contribution to good cheer.

Then the back door to the bathroom opened and slammed shut.  Od d.  No one was back there.  She returned to her activities.

The mayor traveled to Trinidad for more shopping.  When she returned, she had several small menorahs to hang on the tree.  Once the menorahs were hung, the bathroom door returned to its inert state, and everyone had a joyful holiday season – regardless of religious preference.

Those who want to hear firsthand the history of Cokedale and the mining communities in the area can contact Museum Director David E. Harris who gives daytime tours of the museum upon appointment.  His cell is 719-859-3452.

However, if you’re interested in going a step further toward the paranormal, join a professional ghost investigation team to meet the entities within the Cokedale Mining Museum. Contact paul@lightinthedarkparanormal.com.  He and his team (including an established sensitive) will conduct customized night paranormal encounters for groups of between 5-10 participants—no more, no fewer.  The cost of the evening is $49 per participant and each attendee must sign a waiver of liability. You can arrange the date with Paul Hill.  A portion of the proceeds will be donated to the Cokedale Mining Museum fund to replace the leaky roof and then to install a heating and cooling system.