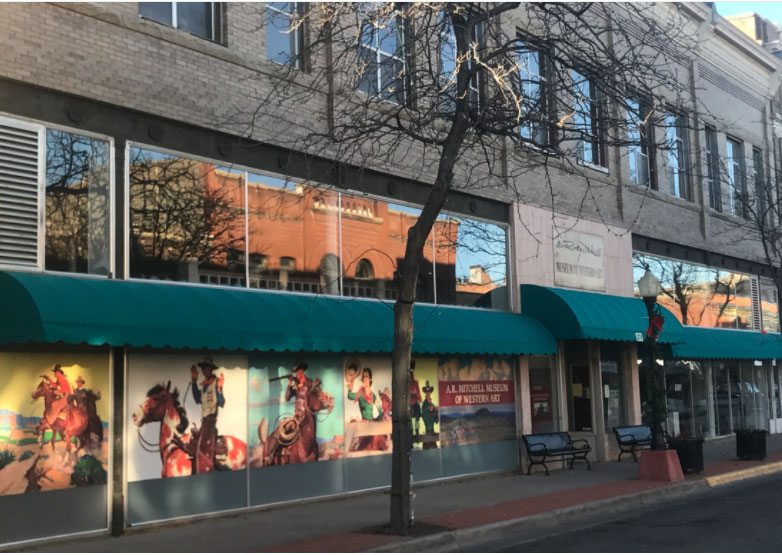 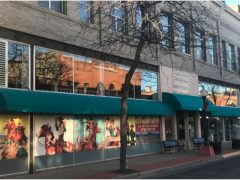 The A.R. Mitchell Museum of Western Art opened in Trinidad in 1981 and in 1989 the museum purchased the historic Jamieson Dry Goods Store, a 1906 Western-style structure with original pressed-tin ceilings, wood floors and a horseshoe-shaped mezzanine, which became the permanent home of the museum. The “Mitch” has become an important venue for art, culture, history and tourism in southeastern Colorado. As a “native son,” Mitchell, and the museum named after him, are fiercely protected and honored by the community.

The primary work displayed is by Arthur Roy Mitchell, illustrator and artist, who created over 160 Western pulp magazine covers during the 1920s through 1940s. More than 350 paintings and illustrations by Mitchell and his contemporaries comprise the museum’s main collection. The museum is also home to a collection of early Hispanic traditional and religious art, including bultos, retablos, tinwork, and Penitente artifacts. Native American pottery, blankets, rugs, clothing and artifacts collected by Mitchell are also on display. Historic photographs taken by Oliver E. Aultman, Benjamin Wittick, and Almerod Newman from the late 1800s through much of the 20th century are also on display when space allows.

Arthur Roy Mitchell painted iconic western scenes featuring cowboys, horses, cattle and vast beautiful landscapes that captured the hearts and minds of pulp western readers from the 1920s to today. The largest collection of his work is proudly displayed at the A.R. Mitchell Museum of Western Art, in downtown Trinidad, Colorado in his honor.