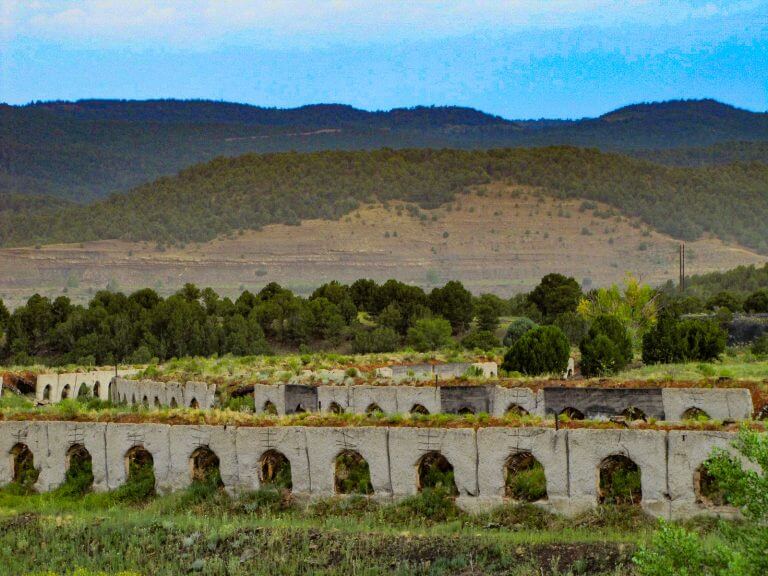 GHOSTS IN THE MUSEUM?

Upon meeting a couple of friends on a guided tour of the Cokedale Mining Museum, I expected to learn local history and inspect artifacts. I didn’t expect to hear ghosts.

The Cokedale Mining Museum is housed in the building that John D. Rockefeller, Sr. constructed as a mercantile in 1907. A general store for the mining company community, in the mercantile the miners could spend the company scrip with which they were paid to purchase household goods and food. (Later they were paid in cash.) It’s a substantial building now owned by the Town of Cokedale. David E. Harris, current Volunteer Director and my husband, has been providing tours upon request since 2001.

The friends who joined us that afternoon were scientists, as skeptical as anyone can be. I’m open to new information, but I had been in the building many times and never noticed anything unusual. (Maybe the key word there is noticed.)

The three of us sat, listening to David’s account of local mining history, fascinated by the perspectives he offers from his extensive reading. Someone was working upstairs on the mezzanine—clattering and pounding. I thought the noise was rude. Surely the work could have been postponed until after the tour.

When his talk ended, I told David what I thought of the inconsiderate worker. He grinned.

“We’re the only ones in the museum,” he said. “We passed the custodian working in the field as we drove up, and I’m the one who unlocked the door.”

Our friends remained silent. I could almost hear them mentally reassuring themselves there was a perfectly reasonable explanation for the noise. Later, David told me he likes to watch the faces of visitors to the museum when they hear footsteps, voices, or other sounds. He sees them turn their heads, looking for the source. Only a few realize what they may be hearing and ask him about it.

Two female visitors who later identified themselves as sensitives-one of whom had lived in Cokedale-were alarmed by the many presences they felt – especially a dark entity upstairs that one woman found so intimidating she literally ran away from it. Guests have reported having their hair pulled or being pushed.

Tales of apparitions of both humans and animals are common among the residents of Cokedale—especially before unnerving events such as an earthquake, although not all residents accept the idea. Like me before my tour, skeptics discount odd sounds as typical of old buildings and active imaginations.

Ironically, the spirits in the museum seem to be contrary. David reports that visitors who come to the museum wanting to encounter spirits rarely do. Suddenly the building falls silent. Once the guests leave, the footsteps and voices resume.

Perhaps an exception, three ghost-hunting teams have investigated the spaces, most recently the night of February 9, 2018, when Paul Hill and his team from lightinthedarkparanormal.com visited. They concluded the building is definitely haunted after they caught what sounded like a child giggling on their voice recorder, a voice no one heard physically as they stood there asking questions. Another strong indication of a responsive spirit occurred when the investigators used small Maglite flashlights to establish the energy of an entity was able to turn the lights on and off upon request. (Videos of these observations and more can be viewed on his website under “Investigation Blog.”)

Glenda McMaster grew up in Cokedale, so when she and her husband Michael assumed the duties of curators of the museum (now retired), they had an idea of the experiences they might encounter. Even they were impressed when they witnessed full-body apparitions. Glenda describes a small girl wearing a white dress with ringlets in her hair. She suggests the spirit might belong to a three-year-old who was crushed by a truck after she fell from a wagon into the road.

Glenda provides a detailed picture of the upstairs entity from her sighting—a man in brown pants, a tan shirt with a vest, and heavy boots. He’s often carrying a gun. Speculation has it that he may be the echo or spirit of a guard who once stood upstairs with a shotgun, ensuring payday passed peacefully.

Glenda’s husband witnessed two apparitions during the long hours he spent working in the building. The first, a young woman approximately 16-18 years of age, seemed happy as she appeared in her floor-length cream-colored skirt and pink long-sleeved blouse. She often “bumped” Michael to say hello when no one else was present. The second apparition was a man in a white shirt and dark pants who often carried a rifle—perhaps the same man seen by his wife.

Why certain spirits may opt to stay in places they knew when they were alive is a question for others to answer. Are they shadows of what has gone before or the essences of people reluctant to leave the familiar for whatever lies beyond?

Regardless of the answer, the ghosts of Cokedale seem benign. The McMasters report the ghosts like being greeted by those they trust—which doesn’t make them so different from the living after all.