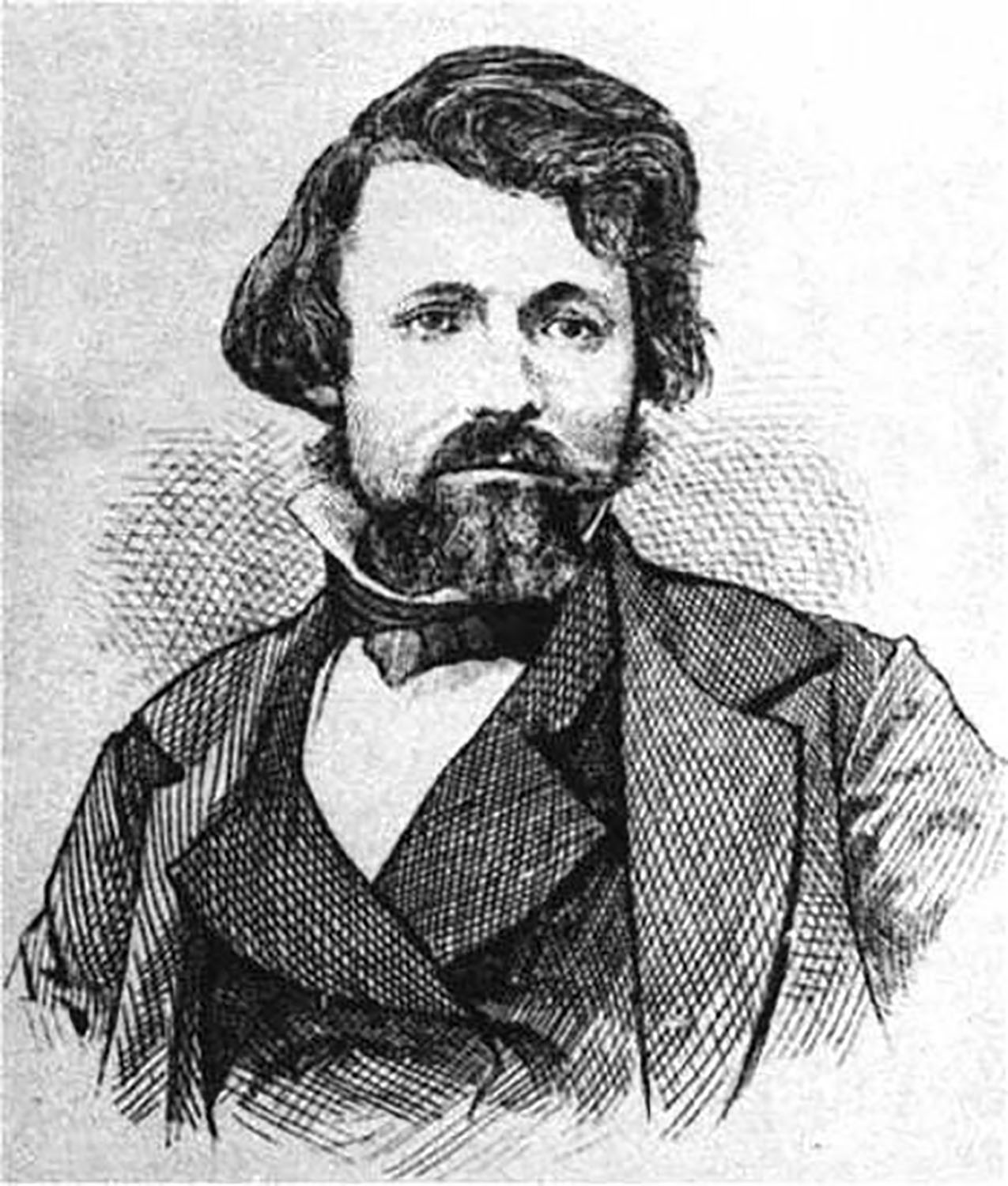 Glimpses of the Santa Fe Trail 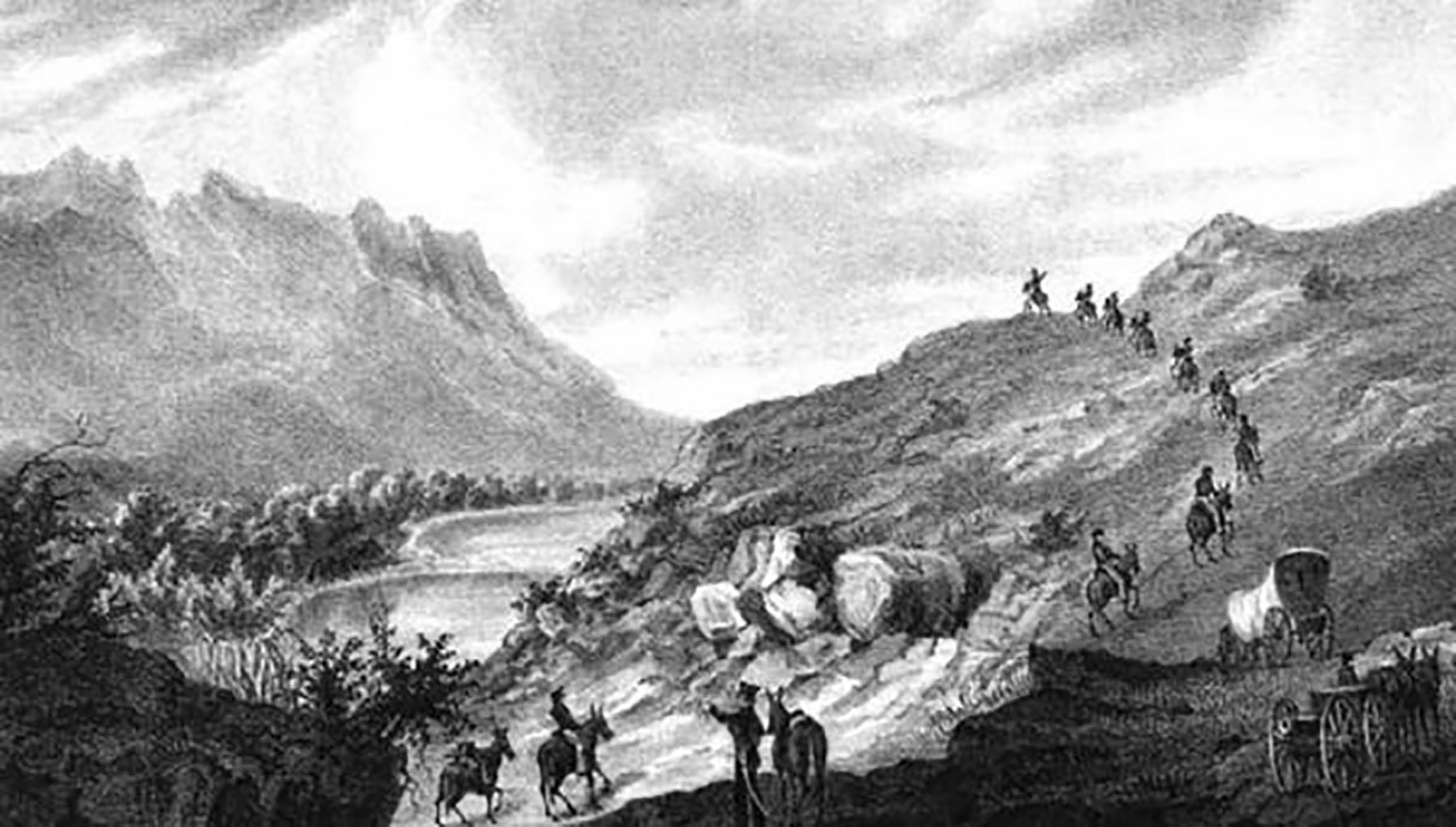 Cresting Raton Pass on I-25 inspires awe, regardless of the direction you’re driving – a panorama of snow-capped mountains or the footprints of ancient volcanoes. But if you imagine what was known as the Mountain Branch of the Santa Fe Trail before it was a road, when people had to move huge rocks to squeeze freight wagons along, you know why merchants preferred the Cimarron Cutoff that sliced from the Arkansas River across the corner of Oklahoma. You could save 100 miles, and the profits when you reached Santa Fe (then in Mexico) were huge. In his book Eating Up The Santa Fe Trail, Sam’l P. Arnold tells a tale that in 1821, William Becknell made so much money selling goods that he dumped bags of silver dollars into the gutter to brag when he got back.

The Cimarron Branch presented a couple problems, however. First, the land was often without water. When Becknell attempted to invent a shorter trail, he and his men ended up drinking the blood of their dogs, the blood of their mules after they cut off their ears, and finally, the blood of a bison that had the terrible misfortune of wandering near camp. The other problem the merchants had ignored in their frenzy to get rich was they were trespassing on territory that had been fought over by Comanche, Kiowa, Cheyenne, Pawnee, and Apache.  A few greedy Anglo travelers could be shrugged off in the early days if they paid their passage with supplies, but when the wagon trains became troublesome, tolerance ended. The horses merchants used for their trips were irresistible prizes for raids until travelers realized they could pull their wagons with oxen the indigenous didn’t want.

After 1835, mountain men, European tourists, trappers, mule drivers, New Mexicans and Indians from several tribes could take advantage of the relative luxury of Bent’s Fort erected next to the trail (near present-day La Junta). The occupants were vastly diverse, from Bent’s black slaves Dick Green and his wife Charlotte (the “queen of the kitchen”) to William Bent’s Cheyenne wife Owl Woman.  In his published diary Wah-to-yah And The Taos Trail, teenager Lewis H. Garrard described his delight at being able to sit down at a table to eat with a knife and fork for the first time in the 50 days he had spent on the trail. He had previously been fooled by a meal of “hard-shell land terrapins,” which a companion gleefully concealed was actually dog stew—composed of a puppy only four months old–a favorite dish of the Pawnees, Sioux, Crows, Blackfeet and Cheyenne.

In 1893, historian Frederick Jackson Turner wrote that women were “invisible, few in number and not important to the process of taming a wilderness.”  Later historian Sandra Myers dealt more fairly with the many semi-nomadic women of the region (Comanche, Kiowa, Apache, and Cheyenne) who were responsible for the arrangement of the camps, making clothes, and preparing food—before they had iron pots, creatively using the cleaned stomach of a bison, water, and hot stones for “paunch cooking” to concoct a delicious stew.

Motherhood didn’t prevent wives from accompanying their husbands. Among the first women to travel the Santa Fe Trail from Missouri was Carmel Benevides, the common-law wife of a fur trader and magistrate from Santa Fe and her baby daughter, around 1830. An 1885 microfiche of The Santa Fe New Mexican (discovered by Marian Myer) revealed the exploits of Mary Donoho from Kentucky.  She, her husband, and nine-month-old daughter set out from Missouri for Santa Fe in 1833 in the company of 182 traders and 144 soldiers, all men.

Keeping a detailed diary of her 1846 journey Down The Santa Fe Trail And Into Mexico as an 18-year-old bride allowed Susan Shelby Magoffin to be more visible to history. Married to the expedition leader, Magoffin lived in a tent with a bed and mattress, table, chairs, and carpeting. Her servant Jane, her dog Ring, a cook and a coop of live chickens traveled with her.  Her opulence didn’t serve her well, however. On the 4th of July her carriage rolled over, and when she arrived at Bent’s Fort the day after her 19th birthday, she miscarried. She was unprepared for New Mexican culture and was shocked that the children in Las Vegas, NM, ran about “in a perfect state of nudity” while the women wore low cut blouses and skirts that showed their calves.  However, she admitted she was witnessing a “peace of mind and contentment which princes and kings have oft desired but never found.”

We remember the colorful history of the Santa Fe Trail because as a diverse people we’re still traveling, growing, and embracing change. We trace our difficult past to bolster our courage for the future.