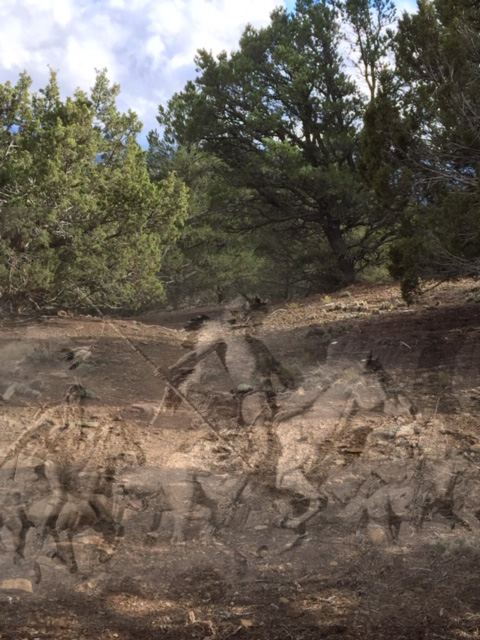 Meeting Spirits of the Old Ones? A True Tale of Living in the West


Meeting Spirits of the Old Ones?

A True Tale of Living in the West

“They know you’re there,” my friend told me solemnly over the phone.  She was Brulė Sioux, part of a family of holy men given to visions and inexplicable sensitivities.  “What you have on your land is Comanches.  Be careful.  They can be fierce.  They weren’t friendly with the Sioux.”

I had just related to her a feeling I experienced as I walked around our little ranch—a sensation of being watched by ghostly eyes.  Once I even thought I glimpsed a few indigenous men in our lower pasture.  I was convinced what I felt was imagined, but my friend insisted the presences were real.  The artifacts left from ancient days were definitely authentic.

Everyone who lives what is called “Up the River” in the foothills above Trinidad has found arrowheads of various sizes (for different prey), mano stones for grinding piñon nuts into meal, and metates (the stone bases on which the nuts were ground.  Some locals sell artifacts they find.  Some take pride in gathering large collections. 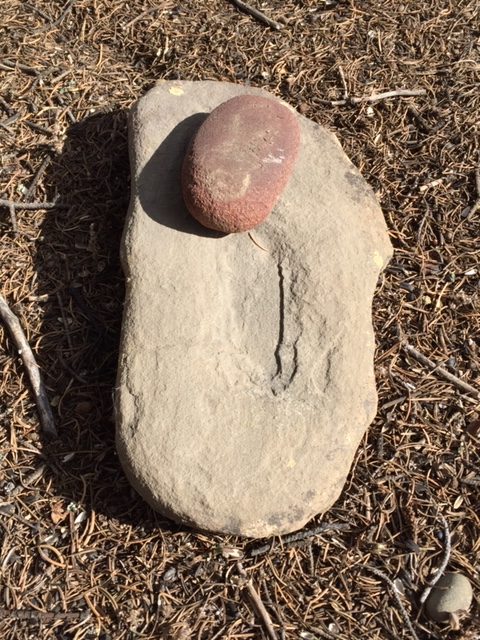 Anyone who has spent much time here knows the Native American families once camped in the foothills not far from Wahatoya (“the breasts of the Earth” as named by the Utes). The twin mountains, now labeled the Spanish Peaks, are still used as landmarks in southwestern Huerfano County.  They play a prominent role in the creation story of the Utes as the source of rain clouds, moisture that ensures sustenance for all living beings.  Present-day locals don’t argue with the idea that the mountains seem to capture storm clouds.  Driving the stretch of highway between Trinidad and Pueblo throughout the seasons is a persuasive experience.

Evidence of Native American occupation is everywhere in this region, including on our property.  Families used to leave their heavy stone tools in spots they could find again when harvest time returned. As someone whose family spent many weeks camping, I like to imagine the wives chatting as they worked, their children playing happily nearby.  The elevation of the ridges allowed lookouts to watch for intruders, while the arroyos provided essential water.

“If you want to see them, you can summon them—the spirits of the Comanches,” my friend continued.  “I wouldn’t, because our peoples were often enemies, but I think you’d be safe.”

“They probably like you, because you respect them.  You haven’t done anything to spoil the land. You love your horses.  They’d understand that. Fall is the perfect time of year for you to see their spirits—under the Hunters’ moon.”

“Why did they call it that?” I asked, thinking I could guess the answer.

“The moon is so big and close, it’s bright enough to make night hunting possible.”

I nodded, forgetting she couldn’t see me.  “I guess I’d like to see them—the Comanches, I mean.  Would it offend them if we called them?”

“They won’t come if they don’t want to.”

“Wait until the moon is high, then build a small fire.  Burn native sage letting it smoke.  Then just ask them to appear.  Let me know how it goes.”

When I told my husband what we were going to do, he rolled his eyes.  But I knew he loved sitting on his horse, feeling the power of the place radiating up through the animal’s muscular body.  He felt a certain kinship with those who had gone before.  He didn’t refuse to participate.

We did as my friend had instructed, feeling silly.  We asked the old ones to join us.  And we waited.  Nothing happened.

“Maybe they don’t like us, after all,” suggested my husband.

He shrugged.  “Maybe they want a little space.”

We stood up, glad to stretch in the increasing chill of night, and took a few steps toward the house.

“Look,” I instructed.  “The smoke from the fire is blowing sideways.”

My husband turned to see.  “There isn’t any wind. How can it be blowing?”

The smoke was, indeed, snaking sideways—down a footpath that ran across the hillside between tall pines and underbrush.

“What do you suppose would make it do that?” I asked and my husband shook his head.

“Nothing I know of.”

“Thanks for coming,” I told the darkness.  “You’re welcome here with us.  We’ll do our best to be good stewards of the land.”

My husband nodded.  “Yes, thanks for coming.”  And then to me, he said, “I think it’s time we doused the fire.”

I agreed, wondering if something would follow us into the house.  Nothing did.

Neither of us can explain why the smoke from our fire behaved so oddly.  I doubt it was proof of anything, or maybe it was.  Either way, we honor those who lived here before us.  Like them, our hearts would break if we were to lose this land.