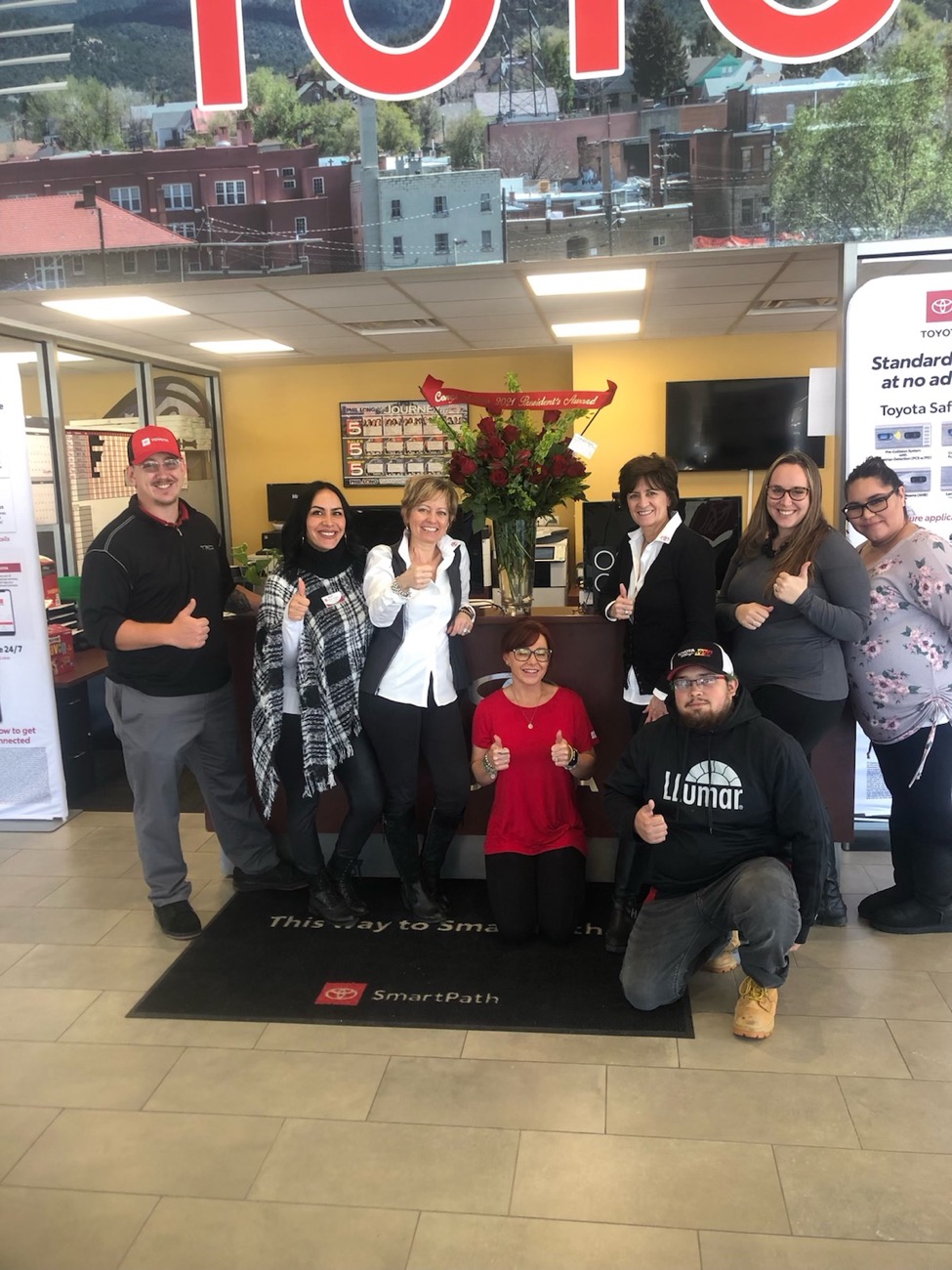 Trinidad, Colo., April 11, 2022 – Phil Long Toyota has been recently recognized by Toyota Motor North America with their coveted 2021 President’s Award. It is the highest honor that can be achieved by a Toyota dealership.

To be considered for the President’s Award, a Toyota dealer must excel in a number of different categories, including customer service satisfaction, customer loyalty and engagement, and sales efficiency. Once these requirements have been achieved, the dealership is eligible for a nomination to Toyota headquarters, which further reviews additional criteria for excellence and ultimately, awardee selection.

“Thank you to Lisa Camarillo and the entire Phil Long Toyota team for excelling in sales and providing the best customer experience for service,” said Samuel Yaeger, District Manager for Toyota Denver Region. “The award is a symbol for achieving greatness not only within Toyota but within your own community.”

Phil Long Toyota is led by General Manager Lisa Camarillo, who is the first female general manager and first female partner within the Phil Long Family of Dealerships. Over the nine years of Camarillo’s leadership, the Phil Long Toyota team has consistently received awards for customer service, including Phil Long Dealerships President’s Cup, and was recently recognized as a Best Place to Work in the medium company size category by Tidbits of Southern Colorado. Beyond vehicle operations, the staff are committed to supporting local community partners, such as the Trinidad Triggers, Noah’s Ark, Trinidad Community Foundation, and Fishers Peak Soup Kitchen among many others.

“The Toyota President’s Award is an honor of excellence that we have aspired to achieve. Knowing that our customers appreciate our service and we are a valued part of this community are truly special,” said Camarillo. “I want to thank my staff for making a difference every day. Without their passion for serving others and their team effort, this award would not happen.”

Phil Long Toyota is a part of the Phil Long Family of Dealerships, which has been serving Colorado for over 77 years.

Since its opening in 2010, Phil Long Toyota has been invested in the well-being of Trinidad and Las Animas County, and its residents. In January, 2018, the dealership moved into a brand-new facility to provide additional customer convenience and state-of-the-art service and charging equipment.

By combining a strong history of automotive experience and a dedicated, friendly team of sales and service professionals, we have made the car-buying and repair experiences as seamless and pleasant as possible.