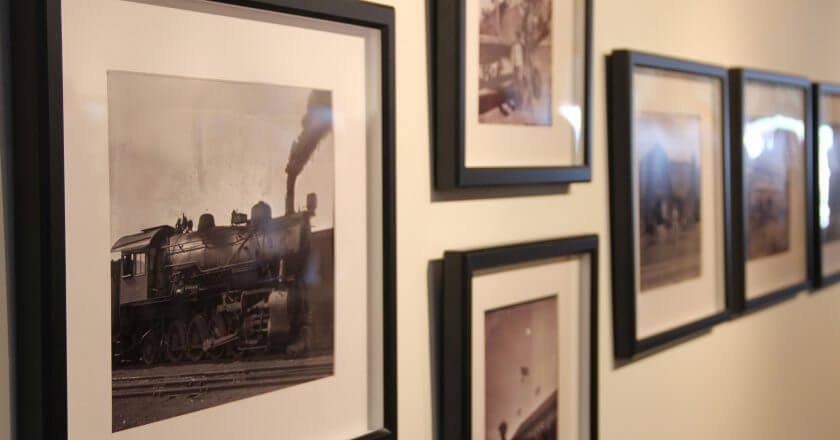 Robert L. Campbell, a commercial photographer, amassed a large collection of dry plate glass and film nitrate negatives depicting life in the Raton area for a period ranging from 1890s – 1930s and beyond. In 2007, the Raton Museum received a visit from Campbell’s granddaughter, Jean Hulette, stating she had a collection of negatives that had once belonged to her Grandfather (RLC) and she was looking for a safe home for them. Years followed without contact until 2012 when Roger received a call from Mrs. Hulette’s daughter – Cynthia Pallas stating she was aware that her late mother had promised the collection to the Museum and would set them aside for pick up. Roger Sanchez and Board Member Arthur Tafoya headed to Los Alamos to secure the collection. The Campbell family continues to play an influential part of identifying this “treasure trove of the place’s past.”

The New Mexico History Museum Photo Archives Division and The Raton Museum entered an MOU in 2015 agreeing that the Photo Archive Division would clean, digitize and return the collection. In exchange the NM History Museum would have use of the images for the State archives. The Raton Museum would help identify the images and maintain ownership of the collection.

Capturing the essence of Campbell’s hometown of Raton more than a century later, his works ignited the curiosity of the New Mexico magazine and their August 2018 featured – “Developing the Past!” – a 6-page expose about Photographer Robert Lindsay Campbell. Of the Raton Museum’s collection about 1,000 negatives have been digitized. These black and white photos represented the Raton region from 1890s to 1930s and include an intriguing photo of Black Jack Ketchum’s demise.

Raton Museum’s Board of Directors and Curator Roger Sanchez

The Raton Museum family, salutes beloved Roger Sanchez, their 25-year curator of the Raton Museum, because of his astute response time. On July 28th, the Museum Board of Directors and the Raton Chamber of Commerce honored the descendants of Photographer Robert L. Campbell’s family during the grand opening of Campbell’s “Reflections in Glass” Photography Exhibition. Challenge yourself to visit the Raton Museum, and while you wander up the ramp to enter the photo gallery, you’ll be able to write names if you recognize people or places in the photos. You may also want to donate a freezer to store the negatives and help preserve this rare collection. According to New Mexico magazine author Tania Casselle: “Now the whole town is helping to figure out the who, what and where of them!”

Sanchez first worked with Tom Burch in 1994 to organize exhibits at the old museum site – the Coors Building on South First Street. After his 15 years with Kaiser Mine and Pittsburg & Midway, Roger then became the sole staff member and the full-time curator. During his tenure, Mr. Sanchez has produced four to seven exhibitions per year for the museum, many accompanied by community receptions, avid research and archival display preparation.

As visionary curators and keepers of the past, The RATON MUSEUM Board of Directors and ROGER SANCHEZ, sit at the edge of trendsetting, collecting multiple genres while becoming a well-respected local and regional historical attraction. With Raton’s passion for preserving their regional history, the Raton Museum is well on their way to acquiring national stature.