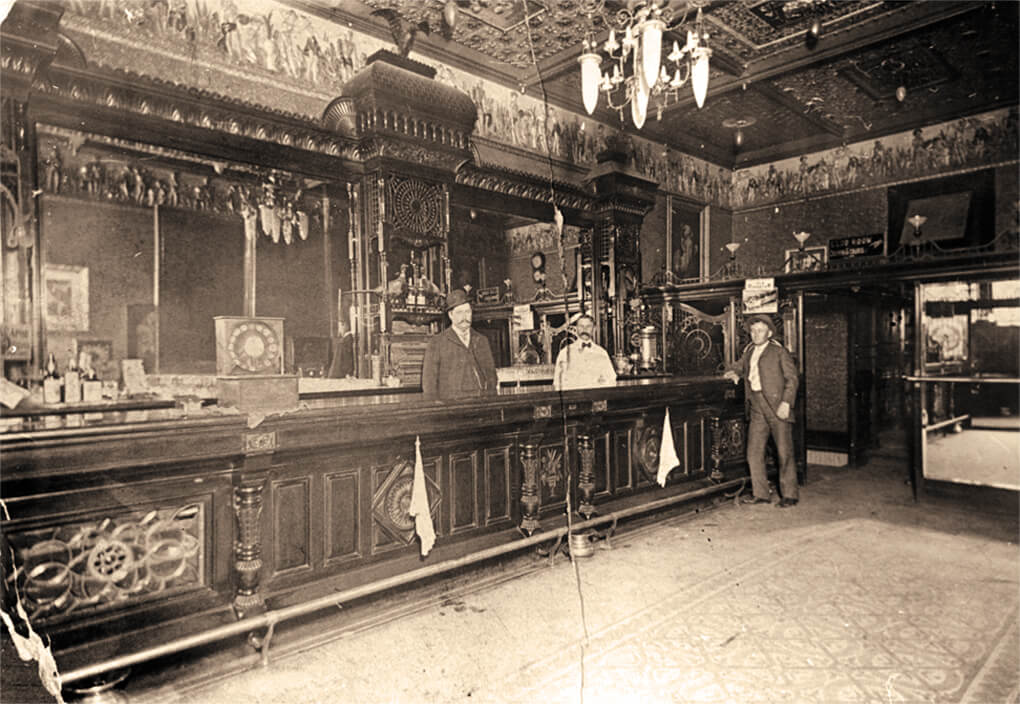 Trinidad has a rich history, molded by the Native Americans who called the area their home. From the Spaniards early exploration of the land, to the scouts, trappers and traders who passed through this southern crossroad, all left their mark on the early history of this historic town. So too, did the gamblers, rogues and outlaws who came through the many saloons and gambling joints on Main Street. The laws in those early days were either loose or lost, until Bat Masterson along with his kid brother, James, served as marshal and deputy marshal, in the spring of 1881. A year later, following the shoot-out at the O.K. Corral in Tombstone, Arizona, Wyatt Earp joined his old friend Masterson, to Trinidad to cool his heels. Even Billy the Kid spent time near Trinidad. Sister Blandina, the pioneer Catholic nun who single-handedly started the first Catholic school in Trinidad, nursed the bandit back to health from a gunshot wound.

Into this mix of early history, is the little known gunfight of 1882. Unlike the gunfights on the streets of the Old West, portrayed in the western movies, this gunfight was a blunder from the start and ended in tragedy. This is how it really happened.

Frank Loving, also known as “Cockeyed” Frank Loving, for reasons unknown, gained a reputation as a gunfighter following a shootout in Dodge City, Kansas, in 1879. A professional gambler, Loving arrived in the wild town of Dodge City, Kansas, earlier in the decade, where he became a frequent customer at the famed Long  Branch Saloon. Here, he gained his associations with other well known gamblers, gunmen and lawmen of the era, including Doc  Holliday, Bat Masterson, Wyatt Earp, and a fellow named John Allen who would figure prominently in our tale of Trinidad.

On a rowdy Saturday night at the Long Branch Saloon, (April 5, 1879) Loving finally got his chance to confront Levi Richardson, his arch enemy over a recent love triangle. Following a volatile exchange of heated words, the two exchanged gunfire, with Richardson firing first. His shot missed and Loving’s return shot misfired. Richardson fired the remaining rounds of his .44 toward Loving, but missed again. Loving regained his composure, aimed and fired at his opponent, who slumped against the stove and died. Following an inquest, where witnesses testified to the self defense plea, Loving was freed from any charges and left Dodge City for good.

Wandering the West for a few years, Loving moved on to Trinidad, Colorado, in early 1882. Here he met up with old friends from Dodge City. Friends, Bat Masterson, and Doc Holliday, who came to town from time to time while working with the Santa Fe Railroad during the Royal Gorge Rail War, and Bat’s brother James, who was the deputy marshal of Trinidad, greeted Loving warmly. Wyatt Earp was there, running a stage to Raton Pass. Not so friendly was John Allen, an old gambling acquaintance, also from Dodge City. Allen worked at the popular Imperial Saloon, where Loving conducted his gambling pursuits. The contentious relationship evolved over a period of months, surrounded by arguments over card games to accusations of certain house loan arrangements.

The argument escalated to violence on April 15, 1882, on Trinidad’s Main Street. The two men encountered each other and drew their revolvers, but friends intervened, saving the fight for another day. The next evening, Allen, with gun at the ready, waited for Loving to enter the saloon. He didn’t have long to wait, and when Loving entered, Allen spulled his gun. His first shot missed, while Loving’s gun … knocked out of his hand by the scramble of customers. Allen shot again, and Loving ducked, retrieved his Colt .45, and fired at Allen, who ran for the rear door. Loving followed Allen, firing his rounds as Allen fled.

…was knocked out of his hand by the scramble of customers. Allen shot again, and Loving ducked, retrieved his Colt .45, and fired at Allen, who ran for the rear door. Loving followed Allen, firing his rounds as Allen fled.

Trinidad’s Deputy Marshal, James Masterson, responded to the shots, finding Loving, Masterson left to find Allen. Failing in this quest, Masterson returned to the saloon, only to find that Loving had rearmed with two revolvers. Again, Masterson disarmed him, and continued his search for Allen.

During this cat and mouse search, Allen had been hiding out in the Catholic Convent of Sister Blandina, located down the street. Meanwhile, Loving left the saloon and walked over to George Hammond’s hardware store, to obtain yet another gun and ammunition. What he didn’t know was that Allen was following him.

Suddenly, Masterson heard a gunshot from the hardware store and ran to investigate. Loving stumbled near the door Masterson had thrown open. Frank Loving looked up at his old friend and said, “Jim, I’m shot.”  Three officers, led by Lou Kreeger, quickly arrived and arrested John Allen who had fled to the rear of the store. Meanwhile, Loving, with a bullet in his back, was taken to the home of a local doctor, where he was treated and made comfortable, as it was determined the bullet could not be removed. Frank Loving died five days later, he was 28 years old. It became known in outlaw history as the Trinidad Gunfight.

Six months later, John Allen went on trial for murder, but was found not guilty. He left Trinidad for good, returning to the town where it all began, Dodge City, Kansas. Things did change for Allen, however. Perhaps seeing the error of his ways, he became a preacher as well as a traveling evangelist.      Things changed in Trinidad as well. Bat and James Masterson hung around long enough to bring in real law enforcement that, in time, made Trinidad a fine city. Returning to Dodge City, the Masterson brothers continued in the profession, with James becoming sheriff in nearby Gray County. He later took part in the Oklahoma land rush and settled in Guthrie, while brother Bat began a new career in New York as a sportswriter.