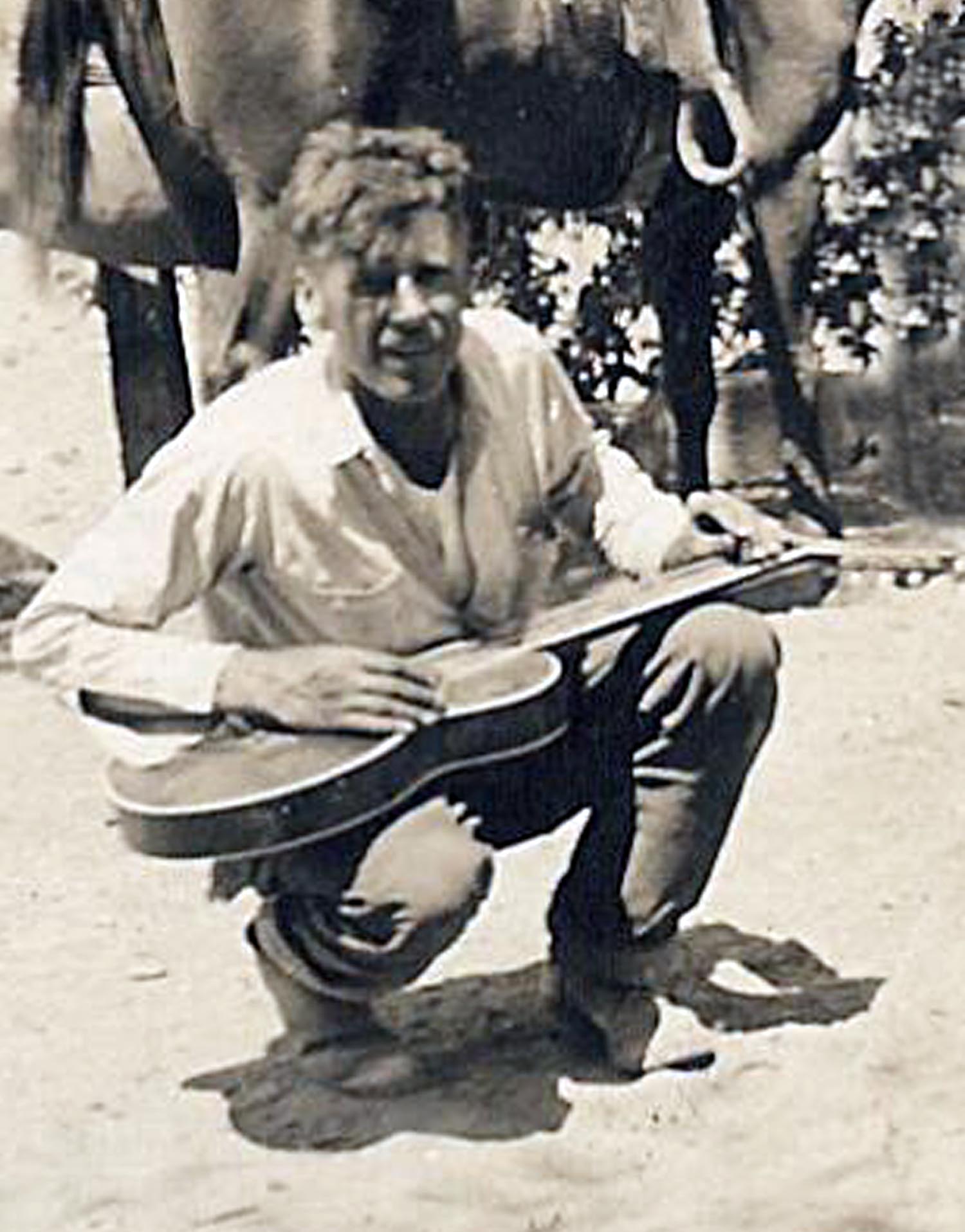 The Two McJunkins of New Mexico

The Two McJunkins of New Mexico

It’s been some years since my mother and I ran across George McJunkin, and when we did our eyebrows raised. The McJunkin family in America dates clear back to the late 1700’s, when my 6th great-grandfather, William McJunkins, came to the United States. Notable is that the McJunkin Coat of Arms carries a Latin saying: “Perge sed caute,” or “Go but carefully.” The family indeed seems to have calculated every move they made. They lived in Pennsylvania and North and South Carolina before migrating west. At the latter place today a family plantation home, Seven Springs, was built by William and his brother and remains wonderfully preserved at Santuc in Union County.

During the 1890’s, when my family made it to Colorado and New Mexico, documentation shows that anyone named McJunkin in the United States at that time was related to us. So what, my mom and I wondered, did our mostly Presbyterian family of Irish and Scottish roots have to do with a Black man who lived in New Mexico at the same time we did? The answer lay in the ancestry of William’s brother, Samuel. His branch of descendants eventually made their way to Texas, where George McJunkin was born a slave to the family of John McJunkin circa 1851. Following the Civil War, George was freed and wound up at Folsom. My family came along some decades later and settled in Farmington.

We McJunkins are a complex bunch, and the men on my side of the tree bear some similarities to George. My great-grandfather, Robert Henry McJunkin, was orphaned at the age of nine and, much like George, was a “bound boy”—a person placed into servitude for others. In Farmington, Robert and his wife raised an amazing twelve children, one of which was my grandfather, Ralph Bevington McJunkin. Ralph was as enigmatic as they come, but his common traits with George McJunkin are downright eerie. George was taught to read by some friendly cowboys; Ralph only attended school until 6th grade. George was fluent in Spanish; my grandpa was fluent in Navajo. Both worked off and on as ranch hands. They were both known for their adeptness at riding, roping, busting broncs and breaking horses. Each one also taught himself to play guitar. 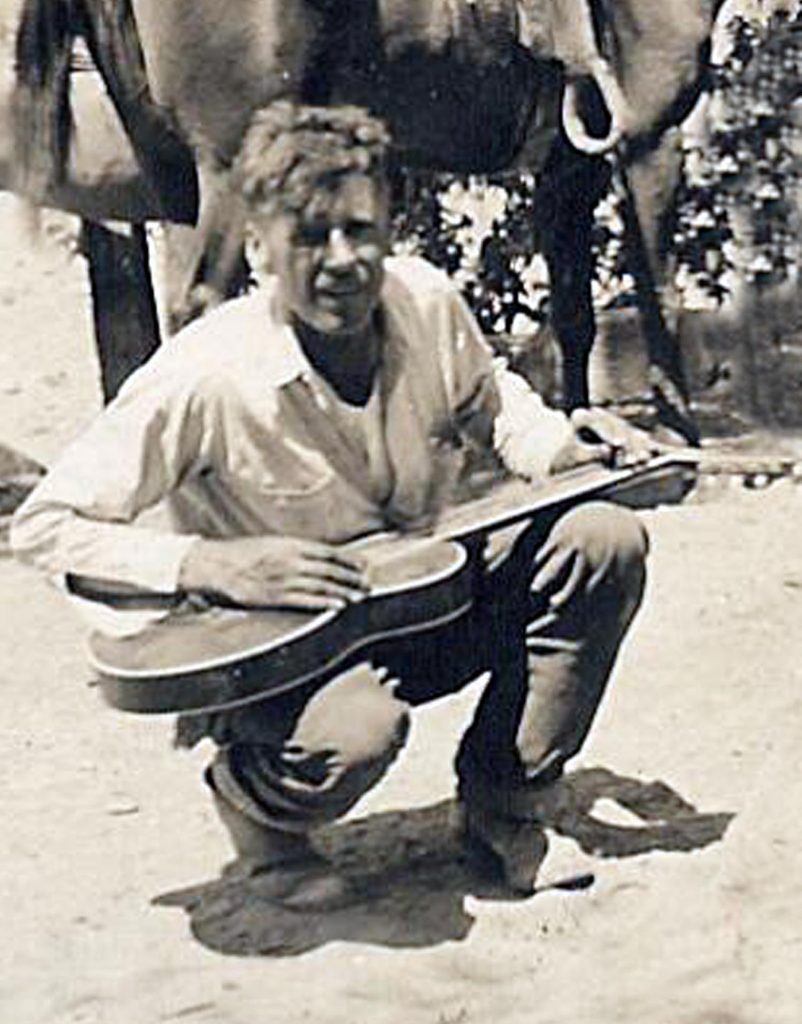 There is more: George and Ralph’s ranch work often took them to the same places, namely Trinidad, Colorado but also areas of the “Hi-Low” country of New Mexico. It appears that each of them much preferred the desolate, wide open spaces to city living. For them, riding around the high prairies tending cattle and horses beat sitting in a stiff wooden chair any old day. That begs the question of whether the two men ever encountered one another or even knew about each other. It is hard to say, especially since there were some forty years between the times they were born. Still, I like to think of them randomly running into each other, perhaps at some rodeo or cowboy gathering, tipping their hats as they looked each other up and down and wondering how in the world they came by the same surname. It would seem, from what I know about them, that neither would stop and ask questions. I wish they had, for they would have found a kinship and a common bond: both of them were greatly misunderstood in different ways.

For George McJunkin, his discovery of the famed “Folsom Fossils” in 1908 went largely unnoticed. Articles and documents verify that he tried his best to bring the find of the century, bison bones and a man-made spear point dating to 9,000 BCE, to someone’s attention. He spent the rest of his life showing his invaluable specimens to anyone who would listen, including fossil collectors Carl Schwachheim and Fred Howarth. He wrote to an archaeologist in Las Vegas, New Mexico, and in 1918 even sent samples to the Denver Museum of Natural History. In the latter instance, paleontologist Harold Cook was sent to the Folsom site, but in the end, nothing came of George’s find. George died in 1922, his exciting discovery virtually forgotten until 1926 when the Colorado Museum of Natural History revisited the site and talked with Schwachheim and Howarth. It was they, not George McJunkin, who were initially given credit for finding the Folsom Fossils. Not until 1972 did Paleo-Indian archeologist George Agogino do some additional research and rightfully pointed out McJunkin as the man who discovered the Folsom Fossils. And that’s when George McJunkin came into my young life.

As my mother and I began researching grandfather Ralph in earnest during the 1990’s, we continued running into George, and wondering about him. We also discovered the truth about Ralph. While in New Mexico, Ralph helped his brothers run various trading posts, became a familiar figure on the rodeo circuit, and was a friend of Richard Wetherill when the famed rancher who loved conducting his own archaeological research was murdered in 1910. Two years after George McJunkin died, Ralph was working as a deputy sheriff in Farmington when he was involved in a bar fight and a man was killed. Afraid he was responsible, Ralph fled New Mexico and stayed on the lam for several years before being apprehended in Oregon. He plea-bargained his way into a year in prison, married my grandmother, and was ultimately murdered himself in 1947 at Blanco Trading Post south of Aztec.

My mother remembered Ralph as kind and soft-hearted. Others pointed out his wild hair and haphazard way of dress to make him appear odd. I find it amusing that I inherited both of those traits. Both my mother and I admired Ralph for the way he defied social norms and lived life on his own terms, among people and animals who understood him. We felt the same way about George McJunkin, the Black cowboy who defied the odds against himself and made one of the greatest discoveries in America. They say, of course, that the never-married George has no descendants. But I prefer to think he does have them in the way of the McJunkin family, which remains strong in America even today. And, I am proud to have him in my family roots.