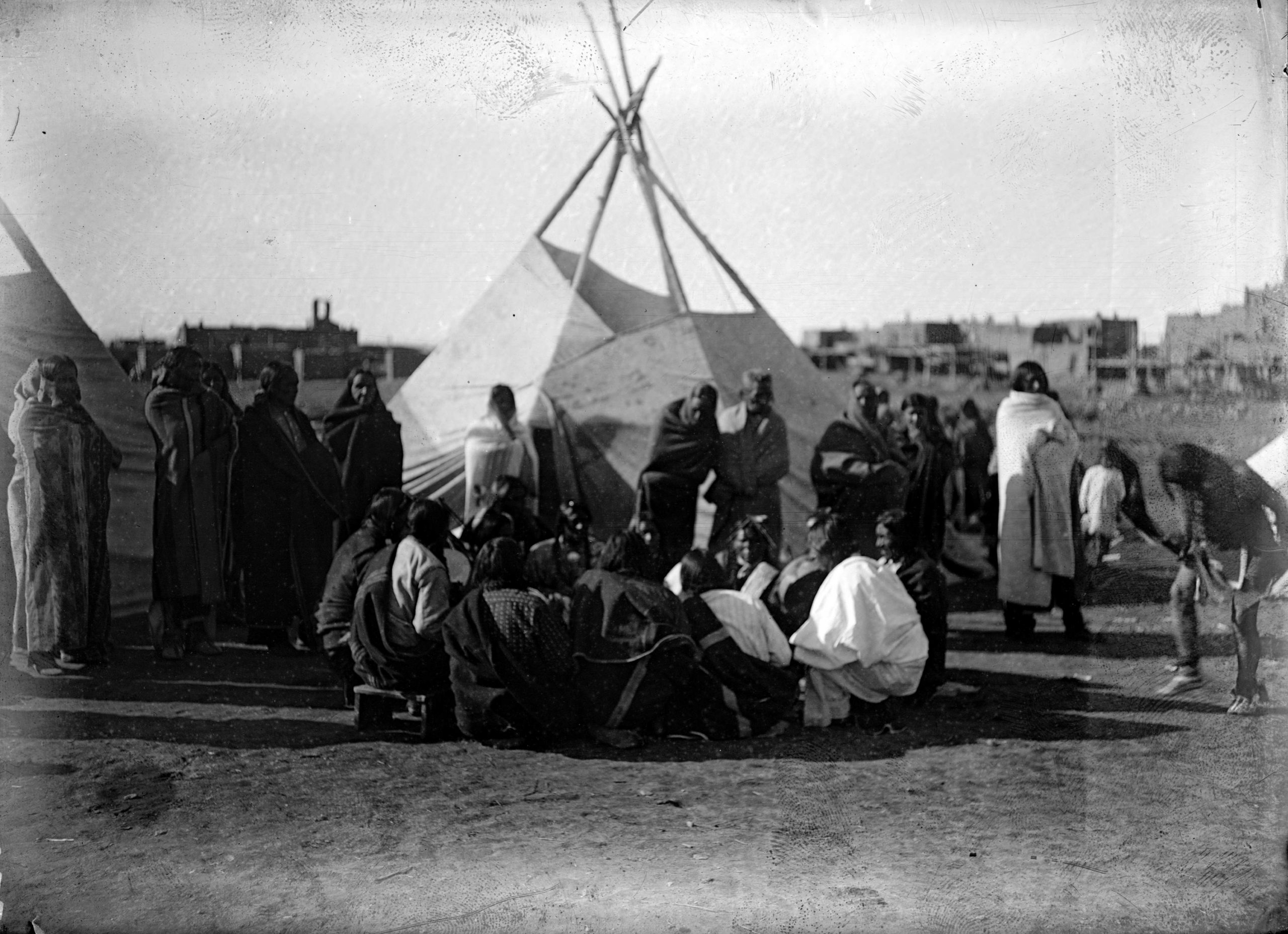 Tangles With Kit Carson and Ouray

In 1853, when Christopher “Kit” Carson took on the role of Indian agent to again serve his country, little did he know he would soon be swept into a wave of controversy. Serving as Federal Indian Agent for southern Colorado and northern New Mexico, Carson received a quarterly salary of nearly $400, which provided a good income for his growing family. Carson’s wife, Josefa, a member of both the influential Mexican families, Jaramillio and Vigil, and their children lived in a fine house in Taos, which was a wedding present from Josefa’s father. However, Carson, ever the loyal government servant, preferred working for wages to provide for his family. One of Carson’s officers, Captain Rafael Chacon, later wrote of a visit in his memoirs:

“He was very loving toward his family. I remember that he used to lie down on an Indian blanket in front of his quarters, with pockets full of candy and lumps of sugar. His children then would jump on top of him, and take the sugar and candy from his pockets and eat it. This made Colonel Carson very happy, and he derived great pleasure from these little episodes.”

In Carson’s new role, he worked with Utes and Jicarilla Apache tribes. He would become a good friend and benefactor of Ute Chief Ouray. With the heavy impact of the government’s westward policy of Manifest Destiny, Carson understood the Indians fight to hold onto their lands, yet he also knew the reality; the government would prevail.

Carson was walking a fine line. While he did believe the Indians could be civilized, he knew the government was eager to move them onto reservations by force if necessary. The Indians knew it, too. In late September, Carson and his old friend Albert Pfeiffer attended Governor Alexander Cummings’ peace council with the Utes in Colorado Territory. Very few Indians were in attendance and the mood was tense. The Utes were chastised for wide-spread depredations against the settlers including the taking of livestock, which occurred from the Purgatoire River to Tierra Amarilla, some two hundred miles. Carson wrote in his report that:

“An outbreak might occur at any moment and the loss of life and property in the Settlements [sic] would be enormous.”

Walking that fine line of peaceful negotiations for both sides, Carson also wrote:

“The Indians complain of frauds in their treatys [sic] by which they were despoiled of their lands and cheated out of their annuities, yet another and more potent Cause [sic] of danger is destitution.”

This was somewhat of a change in attitude for Carson from his earlier years as scout. Nevertheless, no one could have spoken more from experience than Colonel Christopher “Kit” Carson, and not a moment too soon. The day after he submitted his report, Carson received a few visitors at Fort Garland. He was told of a roaming band of Utes raiding settlers near the northern end of Raton Pass. Carson dispatched Captain A.J. Alexander and a company of the Third U.S. Cavalry to the area. Scouting the region, Alexander came upon Mouache Ute war Chief Kaniache and his band of renegade Utes, camped near Trinidad. Captain Alexander demanded a meeting with Kaniache who admitted he had stolen horses and corn from nearby farms. Kaniache explained:

“The land belongs to us and when our children are hungry we will take food for them.”

Alexander told the Ute war chief that their talks would resume the following day.  However, when Kaniache did not appear for the meeting, an infuriated Alexander threatened war on the Ute band. Before the day was out, an army scout informed Alexander that Kaniache and a separate band of Utes were raiding settlers along the Purgatoire River. The captain summoned his men and dashed off in quick pursuit. The army troops arrived upon a confusing scene. Unbeknownst to Alexander, one of the rancher’s sons had just shot one of the Indians. The Utes, under Kaniache’s command, were preparing to attack when the soldiers arrived.

Captain Alexander ordered his troops to charge the Ute Indian line. The soldier onslaught was quick and precise. When it was over, thirteen Utes lay dead and two cavalrymen were wounded. Kaniache and the remaining Ute warriors fled the scene.

Two days later, on October 4, Alexander who was in pursuit of the Indians, sent word to Carson that Kaniache had killed several men along the Huerfano River and captured “An American Lady” and her four children. Alexander further reported that he was trailing them into the San Luis Valley. Carson immediately sent word to Ute chief Ouray requesting him to come to Fort Garland for urgent peace talks.  Carson then sent a report to his commander, Captain Carlton, explaining the situation as an opportunity to avoid “A general war with the Utes.” Carson concluded by stating:

“Events may occur during which I may if desirable to you be able to make peace with them All [sic] please advise me how to act should such opportunity occur.”

The following day, October 6, Ouray and a group of his Ute advisors arrived at Fort Garland. Ouray assured his friend Kit Carson, that, “I will do my best to restrain the young men.” Carson sent a protective group of soldiers with Ouray to talk with the renegade warriors.

Kaniache released his captives, Mrs. McGuire and her four children, but refused to go back to the fort with Ouray, who was his sworn enemy. When Ouray returned to the fort with over one hundred peaceful Utes as well as the captives, Carson was pleased that war had been averted. His government report detailed the event:

“Yesterday all the hostile Indians came in under the guidance of Uray [sic] and I made peace with them. No more of the outrages that makes humanity shudder have been perpetuated here.”

As for Kaniache, he forever refused to participate in peace negotiations. In 1880, Kaniache was struck by lightning and died. Taking this as a sign, the Southern Utes signed yet another peace treaty.